There is a lot of pessimism and uncertainty in the air about our future. People are talking about the end of the world as we know it – on the one hand we are facing a threat to humanity in the form of a potential ecological apocalypse, on the other hand liberal democratic societies in the West are starting to collapse.

Western civilization is – also because of the end of Western imperialism, which has persisted for the last 500 years – at a crossroads that has been talked about in philosophical circles for at least 100 years. Two 20th century critics of modernism identified similar problems of modern philosophy and society, and suggested different solutions.

Martin Heidegger proposed the destruction of modern metaphysics and the establishment of a new system of thought. His student Leo Strauss saw the solution for preserving liberal democracy in the merging of modern politics and classical political philosophy. In other words, Strauss suggests that we should begin to look for solutions to the problems of modern society by returning to Plato’s political philosophy, which Strauss understands as specifically liberal.

Modern society is based on three postulates – freedom, science and trade. The economic system is based on the capitalist mode of production and consumer culture, and the political system is organized as a liberal democracy, based on universal human rights and the free struggle of individuals and social factions to pursue their political goals.

Liberal democracy is widely recognized as the best political regime, as it is the only one in which a man can become the best version of himself. The essence of this thought comes from the belief of Aristotle, who argued that in practice no regime can approach the ideal of the Good or Justice, only man is capable of this. It is therefore necessary at this point to question the character of modern man, that has developed in the context of modern market society.

The modern bourgeois is first and foremost an individualist whose primary goal is to independently pursue and maximize individual happiness. Such selfishness is supposed to be rational and, according to many modernists, also natural to man. This is opposed not only by classical political philosophy, but also by modern science in the field of psychology, which found that a happy (healthy) individual cannot exist in an unhappy community.

One of the assumptions of modern philosophy is that man is born free and should live that way, although we know that man is not born free and independent, but his survival the first few years of life depends on his parents – especially mother – and later in life survival (and the conditions for a good life) is made possible by society through collective effort. Therefore, the eternal political truth is that caring for a happy community is the best and most noble way to achieve individual happiness and a good life.

At this point, a distinction emerges between classical and modern conceptions of politics, as the latter is conceived primarily as a strategic use of power to achieve political goals (where the goal is arbitrarily set by each individual/group), while classical political philosophy understands politics as a human activity to create conditions for the best possible life for all members of the political community.

The basic characteristic of the modern bourgeois is – in addition to the tendency to accumulate capital (economic, cultural, political) and the constant desire for growth (pursuing a higher economic and social status) – atheism / nihilism. The modern bourgeois is, in a way, the ideal of Kant’s cosmopolitan – the Last Man, who is essentially Nobody.

This feature of political modernism was first recognized by Nietzsche, who declared that God was dead, by which he did not mean that it did not exist, but that modern philosophy had killed it. In this context, God is understood as Nature or natural law (which includes, among other things, universal human rights), which has been replaced by social conventions based on the philosophy of political hedonism and relativism, and much modern humans’ misery stems from the fact that conventions (nomos) have obscured human nature and natural laws (physis).

Political hedonism was concieved in the 17th century by Thomas Hobbess and John Locke, who said that every human being has not only the right but complete freedom to determine what is good for him and what makes him happy, regardless of the wider social consequences. In this context, Good or Justice is relative – it is judged on the basis of utility, so Good is what helps an individual to achieve arbitrarily set goals. In other words, the goal justifies the means.

Plato (and for that matter Machiavelli) would disagree that the end justifies the means. Namely, Good cannot be something that leads to achieving a goal, because we can never really know that a goal is Good in itself – especially if achieving a goal means harm to the community for the benefit of narcissistic happiness. And it is narcissism that is becoming one of the most morbid epidemics in Western society, as it causes a situation where people feel entitled to everything, but when they do not get it / achieve it, they usually blame Others for their shortcoming – with dire political consequences, as we can observe today.

At this point the argument leads us to Plato’s identification of the greatest threat to democracy. A citizen in a democracy (can) live freely, but the problem of modern philosophy is that it does not offer an answer to the question of what to do with this freedom – except to frivously enjoy.

The greatest problem of democracy, as defined by Plato in The Republic, arises when a democratic citizen begins to indulge in his lowest passions, alienating himself from his humanity and becoming like a primitive animal – without practicing virtues and signaling morals as an ornament to his emptiness. Democracy thus deteriorates into anarchy due to hedonism – when citizens begin to overexploit their freedoms, when the enjoyment of civil rights is no longer balanced with civic duties – creating the conditions for the emergence of tyranny, which most citizens accept desperately as a way to restore order and re-establish a functioning community.

Maximizing freedom is one of the most desirable goals in modern society, but freedom and justice in a political (democratic) community are necessarily limited goods, which is another fundamental finding of Plato’s Republic. It is for this reason that it makes more sense to read it as a dystopian work of a liberal thinker, rather than as a political utopia, as is the the conventional perception of this greatest masterpiece of political philosophy. In this way, we can also better understand why moderation – in addition to justice, courage and prudence – is one of the fundamental virtues in Plato’s political philosophy.

Even more than the problem of freedom, The Republic is dealing with the problem of justice. Modern political justice is concieved as the freedom to pursue selfish political goals, that is, justice is tied to some external value or utility. Justice, as understood by the classics, has value in itself, as it enables a person to live with integrity and consequently inner peace, which is a condition for a happy life.

True happiness does not come from achieving a goal, but in the way we lead ot life. The late Slovenian alpinist Nejc Zaplotnik describes this idea all too well in his autobiographical book The Path (Pot). Plato would place a philosophical life as an ideal and a contrast to the modern hedonistic way of life, which never leads the philosopher to the goal – the realization of the absolute Truth – but gives him satisfaction by walking up that path.

You may find such thinking naive, but a certain degree of naivety is also, according to Plato, a condition for a happy life. The existence of a happy individual in a happy community is based on the existence of noble lies and myths that give meaning to life and our surroundings, while acting as a cure for excessive practical skepticism, which can quickly degenerate into nihilism. Because modern philosophy is essentially poor, modern society and man need some kind of religion, and according to Strauss, it is best to fill this void with classical political philosophy.

If you had to resort to any noble lies today, allow yourself to believe that better times await us in the future, regardless of all the morbid and apocalyptic predictions. In other words, be optimistic, because only on the basis of (collective) optimism will we be able to maintain democracy and build a better world with common strengths. This, in my opinion, is what Plato would advise us today. 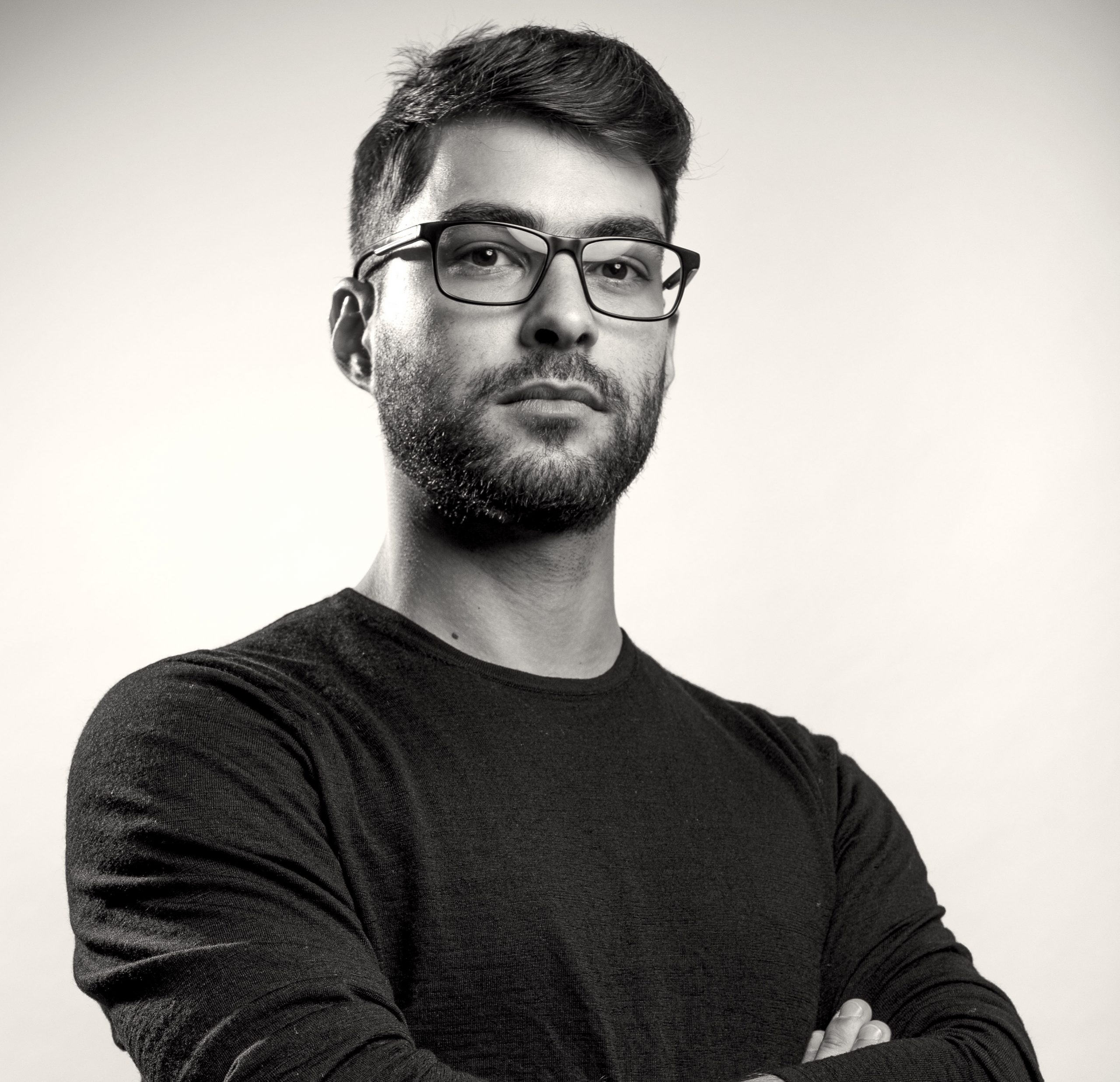 Reset of the US social and political systems