How is artificial intelligence changing society

The year 2020 was most marked by two factors that are closely linked due to our modern way of life. The first factor is digitalization, which has been present as a process for decades and has been accelerating in recent years it because of rapid technological development and changed human habits. But the real acceleration to digitalization was actually given by another factor – the Sars-Cov-2 virus pandemic and the reactions of countries and transnational institutions, which opened the door to the penetration of new technologies and habits into the wider society through quarantine and general social isolation measures.

The new coronavirus pandemic has posed a number of ethical, moral, economic, environmental, and social challenges, typical for postmodern societies, that were hidden beneath the surface until the pandemic. These challenges arise from the fact that these technologies and the consequent changes in society are something new and unknown, which typically leads to a generally negative attitude towards new technologies among the general population, as they require users to have appropriate digital skills to use them which not all people possess.

One of the great puzzles of the new world for many people is artificial intelligence (AI), so it is right that the Slovenian general public finally opens a debate on the role, importance and impact of AI on society, economy and the environment. In the book “Superpower of Artificial Intelligence” Kai-Fu Lee writes that we live in a transitional period, which may last another 15 years before the impact of AI is present in all industries, but the time to act quickly and establish the appropriate infrastructure is running out.

Although AI has only really begun to penetrate our lives in recent years, it has been present in the economy for decades. In his book, Lee lists four waves of AI development over the past 30 years. The first wave in the 1990s was Internet AI (web browsers and content recommendation algorithms). The beginning of the new millennium was followed by a wave of business AI (use of AI to prepare and issue business offers, services and products), the next decade the third wave of perceptible AI (face recognition, smart homes), a wave of autonomous AI (autonomous vehicles and robots) only a few years.

The results of this year’s McKinsey Global Artificial Intelligence Survey show that business organizations use AI primarily as a tool to create added value, although the resources (financial, time, and human) required to integrate into the business environment are still high. A small group of surveyed companies coming from different industries attribute 20 percent or more of their organizations ’gross earnings to the use of AI, and in response to the Sars-Cov-2 pandemic plan to invest even more in its development in the future.

Successful use of AI will certainly create a wider digital divide between leading companies in this field and most other organizations that are even having problems with basic business digital transformation. McKinsey predicts that such a digital divide will not necessarily be limited to economic activities, but will be much broader, as the use of AI extends to the activities of the state and other institutions.

Why the AI represents such a major shift not only in the economic context but also in the context of the wider society, was the main topic on the panel of the IPM Digital Institute for Digitization. As the director of the institute, I had the opportunity to moderate the discussion, sponsored by the US Embassy in Slovenia, with dr. Nataša Pirc Musar, expert in the field of personal data protection; dr. Boris Cergol, Head of the Artificial Intelligence Business Unit at Comtrade Digital Services; Mitja Trampuž, President of AI4SI and Director of CREApro, and Gašper Hrastelj, Representative of the International Research Center for Artificial Intelligence (IRCAI).

In the beginning, dr. Pirc Musar said that she sees in AI both endless potential for making life easier for individuals and also endless potential for endangering the safety of the same people, especially in the area of citizens’ privacy, which she sees as one of the fundamental human rights. Digital processes where personal data are not be used are practically non-existent today, so in her opinion we must be careful not to lose control of the AI and the battle to defend personal data.

The biggest fear in relation to AI is caused by the fact that AI developers and innovators do not have a sufficient degree of awareness of how specifically AI interferes with the privacy and rights of individuals. That is why we need comprehensive legislation, such as the GDPR – an EU directive that represents a revolution in data protection. The essential difference from the previous situation is that the automated use of individual data under the GDPR is allowed only and exclusively when the individual in question expressly agrees to it. The goal is accountability, transparency and transparency. As dr. Pirc Musar said, AI is always as ethical as its creator.

Dr. Boris Cergol pointed out that AI technology has a particularly high added value in science, as well as more broadly, as it can significantly upgrade and accelerate human progress in all areas of our operations. As an example, he pointed out the testing of the GPT3 software tool, the basic purpose of which is that the program automatically continues to write text based on the introduction and addition of certain parts of the text. If we want a very professional text, prepare a text in scientific language, based on sources from the databases of scientific articles online. The same goes for popular and simple text. Such a system is capable of independent learning with a very small amount of data required.

Such examples show which types of jobs will be most at risk because of AI. The prevailing view is that manual work is most easily automated because, in principle, it requires a lower level of education. This is not really the case because it is easier for the AI to perform tasks related to data processing and use. Such tasks are much more common in the service sector, where a higher level of education is usually required. The introduction of AI does not mean a complete replacement for these professions, but the automation of most related work processes that people will no longer have to perform.

Mitja Trampuž, who has been dealing with AI for almost thirty years, pointed out the accuracy and speed of AI, especially in the field of banking and insurance, where the use of AI is particularly intensive. Among other things, he sees great potential for AI in medicine, where he can help find new methods of treatment, diagnosis, traceability of substances, consistency of treatment, and so on. He points out that when introducing AI in medicine, it is necessary to pay special attention to possible errors, because it is still about lives, but similarly we could say about smart traffic signals, where a system failure can cause fatal accidents.

Trampuž believes that the GDPR can have a partly negative effect on the development of AI, as high-quality technology testing requires a large amount of data, and the high cost of anonymization of data can deter organizations from investing in AI technology, which is already financially demanding initiative. To exploit the full potential of AI, strong support from both the state and the main economic operators in the market is needed. Slovenia is among the EU countries with the largest number of scientific articles in the field of AI, but we lag behind in the implementation of AI technology in the operation of both the private and public sectors.

Gašper Hrastelj emphasized that AI represents a new technological revolution, which can be compared to the industrial revolution of the 19th century. He presented the vision and goal of the IRCAI International Center, which is also one of the main advocates of the wider use of AI technology. This UNESCO project aims to research and use AI for scientific purposes, prepare open source solutions, advise on the introduction of these systems for national purposes, educate citizens about AI and, of course, expand the (use) of AI technology in developing countries.

The key finding of the panel was that, like digitization, AI is not a technical challenge, but rather a social and sociological one. In this context, dr. Pirc Musar believes that each country must be a model for its people and also for other countries, but that this characteristic was lost somewhere after the 1990s. According to her, we should not be intimidated by technologies, but the introduction of these technologies must be carried out in a correct and legally compliant manner. Dr. Cergol, however, points out that the company must be educated about AI and acquire appropriate knowledge. The role of the state should be to disseminate this knowledge among its citizens, introduce curricula on this topic in primary and secondary schools and encourage the greatest possible participation in public debates on AI.

Trampuž reiterated that the introduction of AI in the economy is slow and at the same time called on the state to accelerate and facilitate such an introduction through various systems of initiatives, such as vouchers of the Slovenian Enterprise Fund. He believes that a voucher for the introduction of artificial intelligence in business would contribute to the development and competitiveness of the Slovenian economy. He has a similar position for the public sector, where the introduction of AI technology is even slower. He also believes that the time is approaching when the UI will exceed the human being, and Hrastelj warns that although there are negative consequences with any such change, the end result is unequivocally positive and will probably be the case with the UI.

My call to the country is to focus its energy on finding common solutions to the common problems we face as people with a closely intertwined destiny connected across all economic classes and national borders. Nevertheless, Slovenia ranks among the top countries in the field of research and study of artificial intelligence. 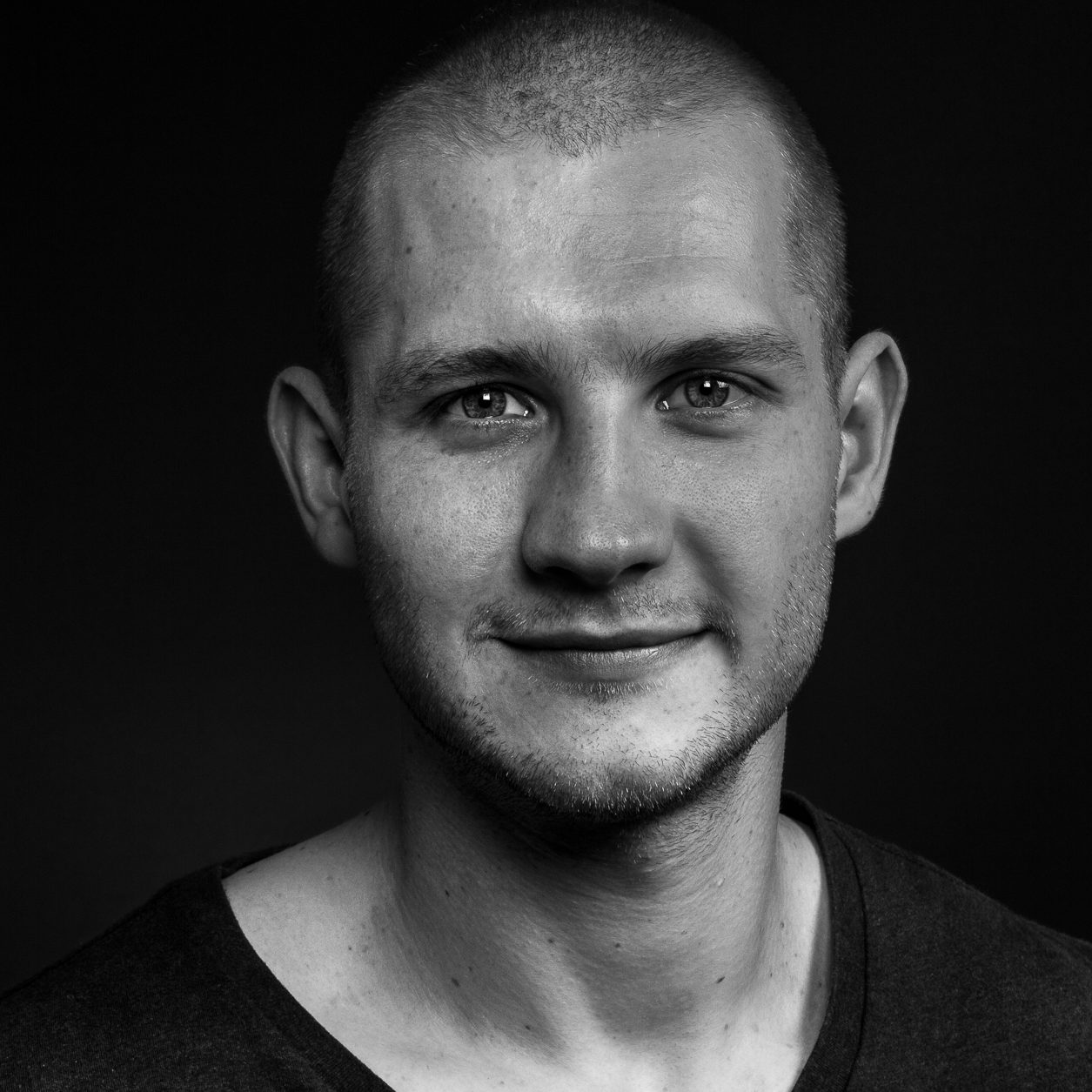